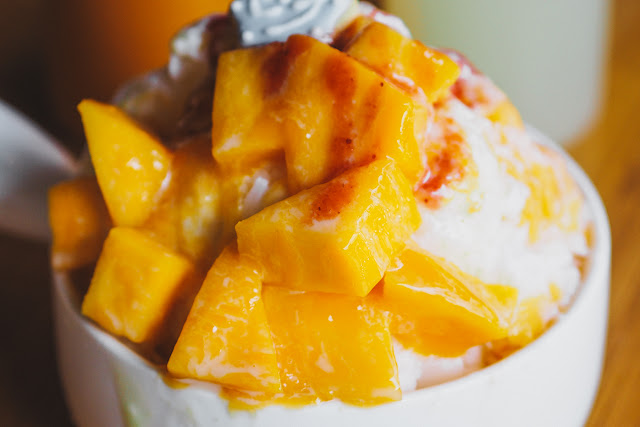 Taiwanese dessert trend had its peak of glory 4-5 years ago and I was there living and witnessing the growth and vividly remember how Hong Tang dominated the market and how everywhere it opened, waiting list were common thing, ah nostalgia. Even though recently the trend has moved on but I think Taiwanese dessert will always have a special place in my heart and I am still a regular at Hong Tang too (only my visit might not be as intense as it was a couple of years ago) and as much as I love dessert, some days I wanted something that’s lighter and less guilty, and this place that I am about to introduce you might be somewhere you can consider if you’re looking for the less guilty dessert. 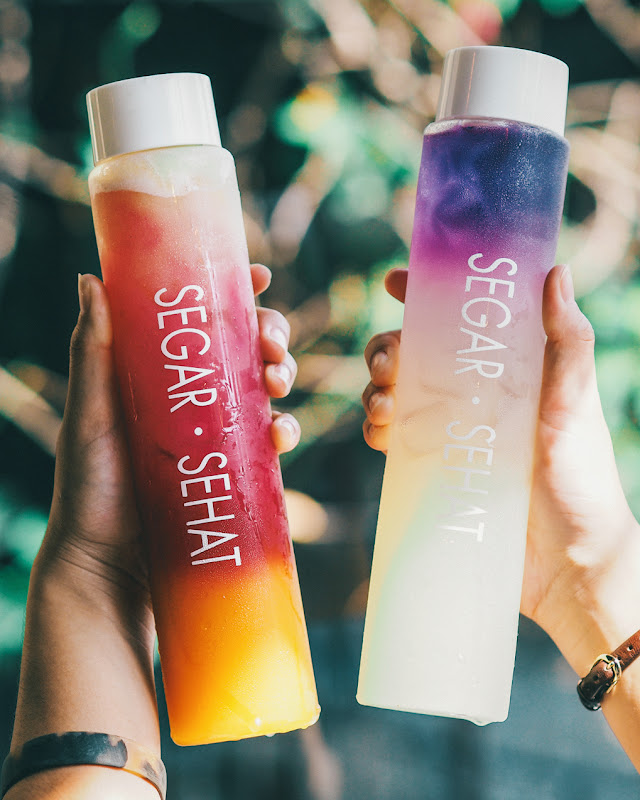 Ba Nai Nai is a Taiwanese dessert specialist and just recently opened at Pantai Indah Kapuk (align with Cabe Ijo Seafood) and from what I notice, they aim to introduce their healthy dessert to the people of Jakarta and they’re trying to send this message that healthy food doesn’t mean yucky food and we all can still have dessert that’s good with less calorie. I’m not trying to be the face of the brand but I did interview the waitress there a bit (and actually they were attentive in explaning the menus which was something that I appreciate) and she told me that the desserts here are made with low fat milk base, imported ingredients and all homemade. The supervisor here is a Taiwanese who doesn’t speak Indonesian and he approached my table towards me finishing the dessert to ask me how was everything going, to have the waitress interpreted (and the fact that the waitresses here speak good Mandarin) was refreshing I guess?

I didn’t have much to comment about the venue, it was very simple yet homey, just proper. The range of the menus here was simple yet limited, they mainly serve snow ice desserts, homemade fruit based popsicles, sweet and savory light bites with reasonable pricing and ranging from IDR 30-70k.

Forgive me for forgetting to capture the menu hence I couldn’t provide you with details of certain menus, but from the drinks below I was super fond of the left one called Triple Dribble (IDR 36k) which was the mixture of three ingredients with mainly passionfruit, strawberry that dominated my palate, it was seriously good, refreshing and beautifully sweet. The right one was their Lemon Blast which was the mixture of lemon and Clitoria or butterfly pea flower which gave the pretty purple color, unfortunately because they blended the lemon and its skin together, this drink was very sour adn bitter at the same time, therefore not my favorite. 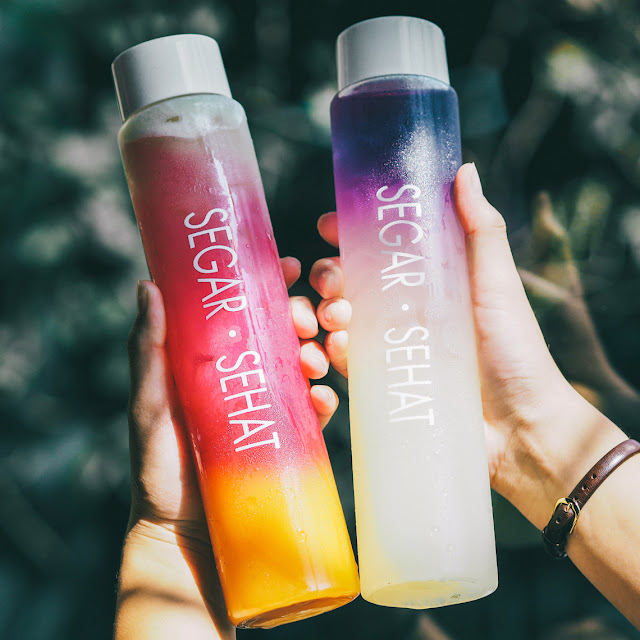 Sweet Potato
This might look like a simple boring fried sweet potato but DO BELIEVE ME when I say that this might be one of the best sweet potato creations that I’ve experienced in town. They perfectly cooked the sweet potato and coated it with sugar that when you pull it like what I did on the picture below you’ll get this beautiful sugar string (but do it right away when it’s still hot), the sugar did give an extra crunchiness on each bite and I don’t know, just something about the sweetness that’s spot on. This is seriously super good, MUST TRY. 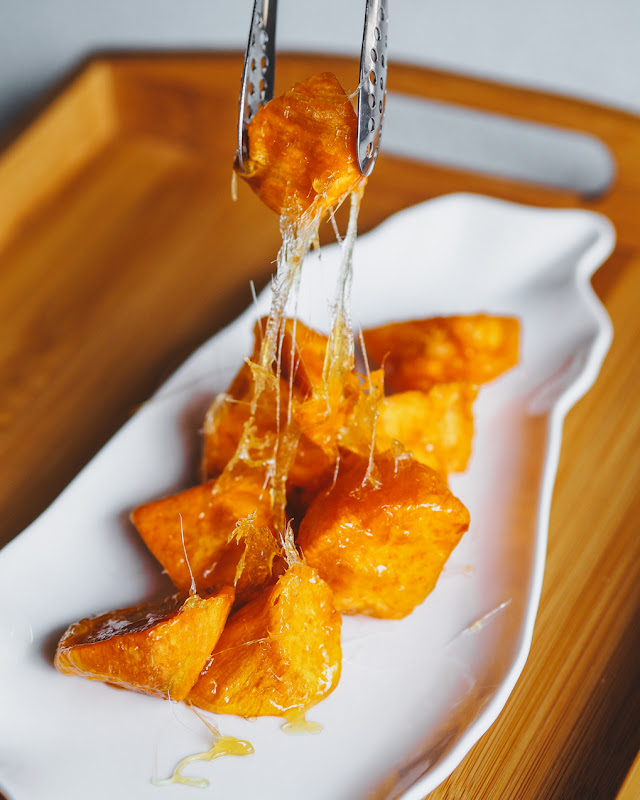 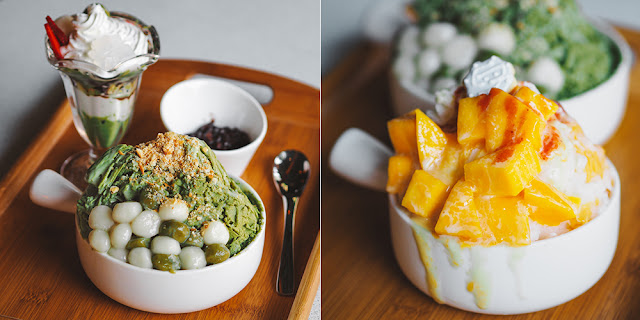 For only IDR 70k you’re getting the complete set of their Matcha dessert which consist of large Matcha snow ice, Matcha parfait and Ogura condiment. The snow ice was just how I expected it to be: rich matcha flavor but not sweet, the dango balls were beautifully firm and chewy, I wasn’t really digging the parfait because I thought the matcha layer was ice cream but it was something creamy almost custard like or thick matcha cream and I just didn’t see a lot of texture in it, but I was already sold by the snow ice so I really didn’t have a lot to complain. Recommended. 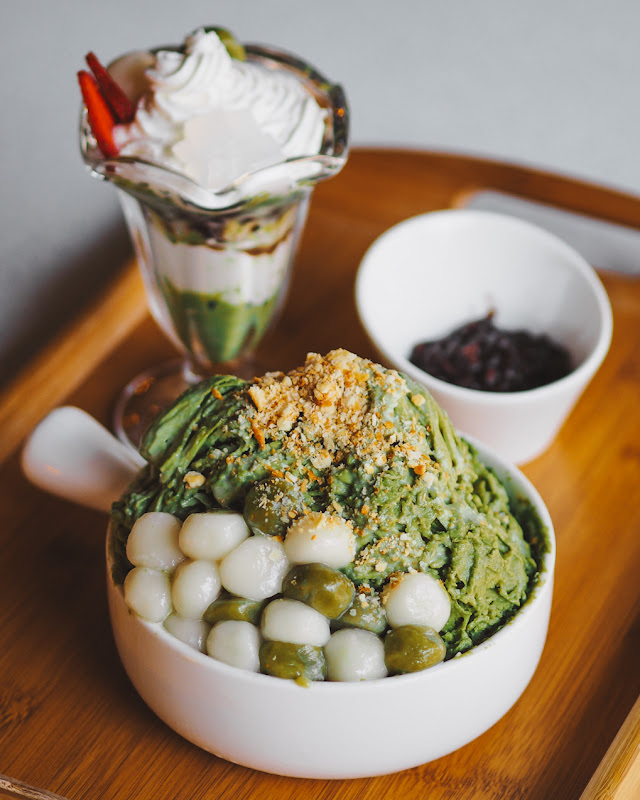 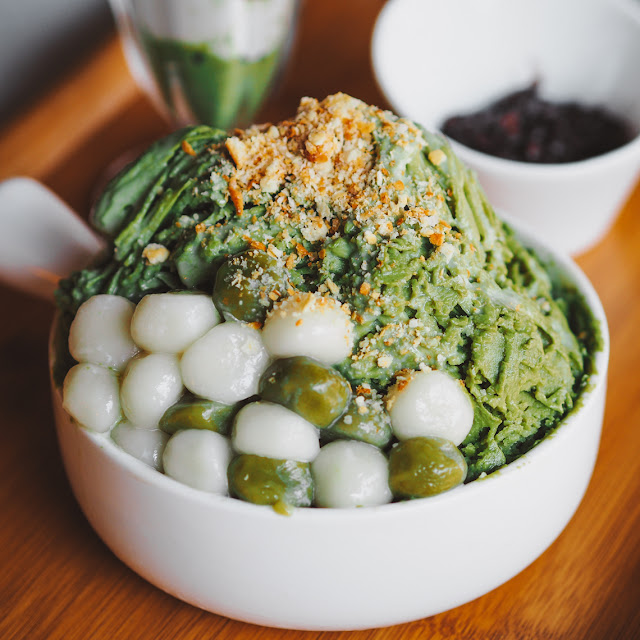 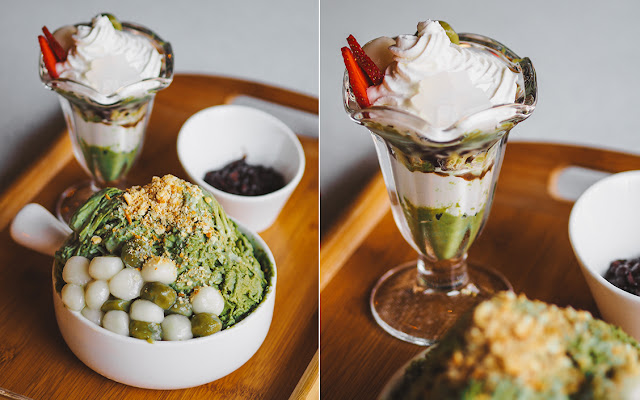 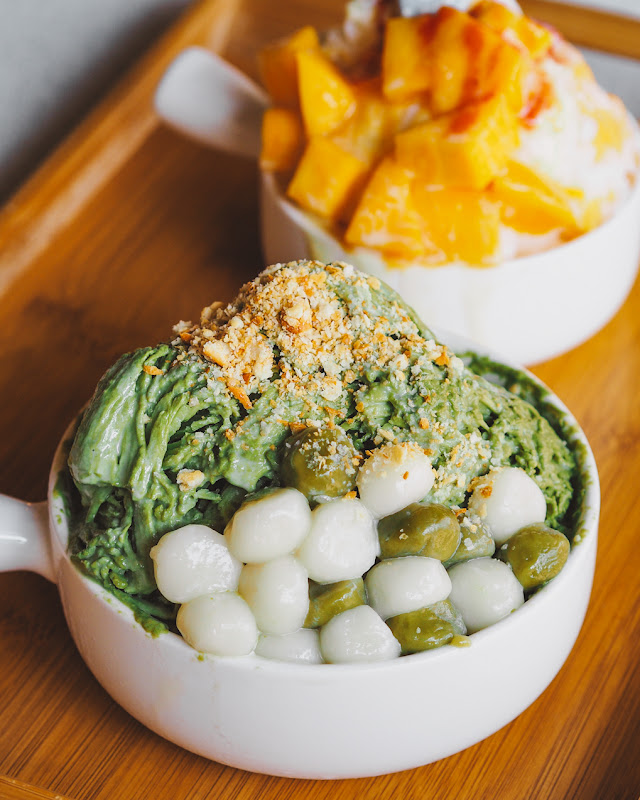 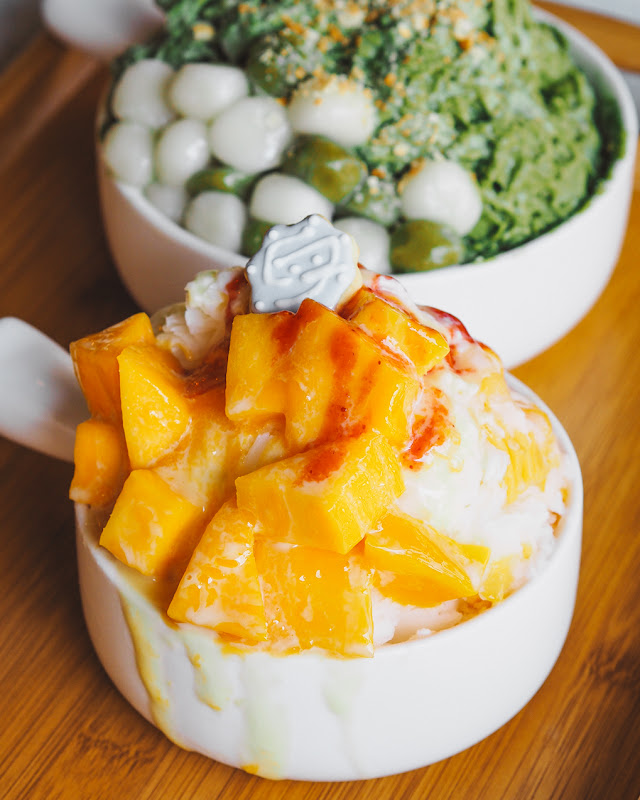 The base for this mango snow ice was milk but they managed to make it light which was good in my case (not the craziest fan of milk) but to be completely frank, this bitch is bias and and the fact that I had the matcha first so yeah scoozy, but as you can see the mango was generously given and they were chunky, fresh, sweet with a hint of sour just refreshing. I wish they would put more strawberry sauce for that hint of different flavor but it was acceptable, if you fancy mango then opt for this one. 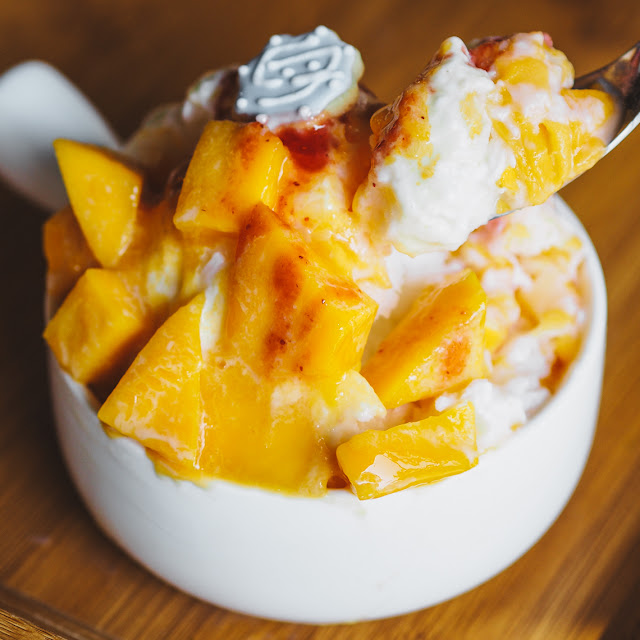 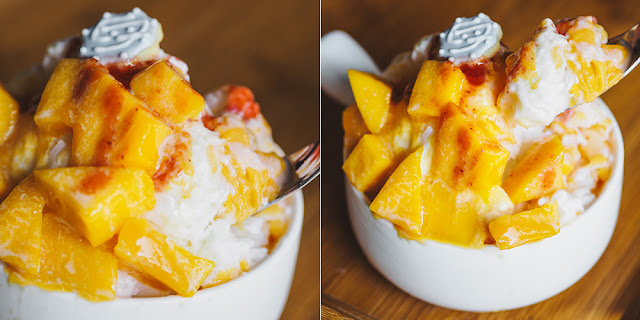