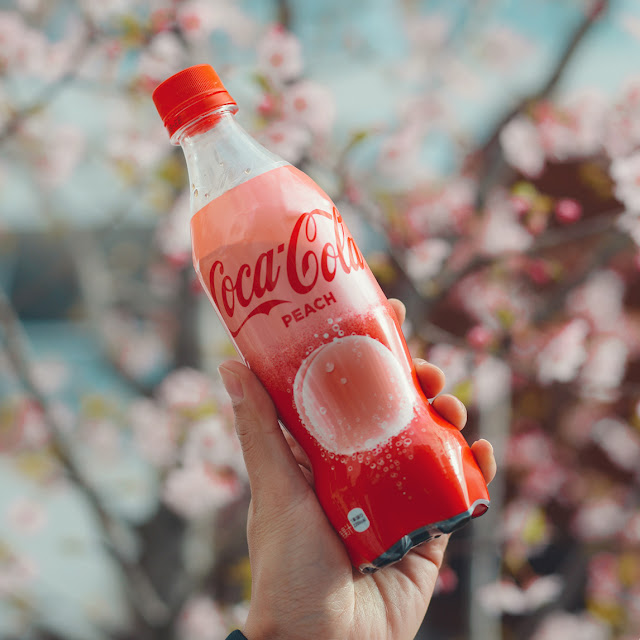 If you’ve read the first part of my Japan winter trip, I mentioned there that a ton of you requested me to do a review on the Suntory Clear Milk Tea (anyway should I write a single blog post just to review it?), and the next day the post’s uploaded, even more requested me to do the review on the Coca Cola Peach which happens to be Coca Cola Japan’s newest release and when I was there it was just being released for a few days! Call it the bliss of lazy days without the ‘ambitious’ subtext, I was lucky that I accidentally found it on a random Seven Eleven when we were strolling Shibuya! I went to various 7/11, Family Mart and Lawson when I was in Japan but now that I think about it as I am writing this post, out of let’s say 20 convenience stores that I went to, that time I think only 3 stores which carries this Coca Cola Peach, maybe the distribution was not even then, but I believe you can easily find it now! 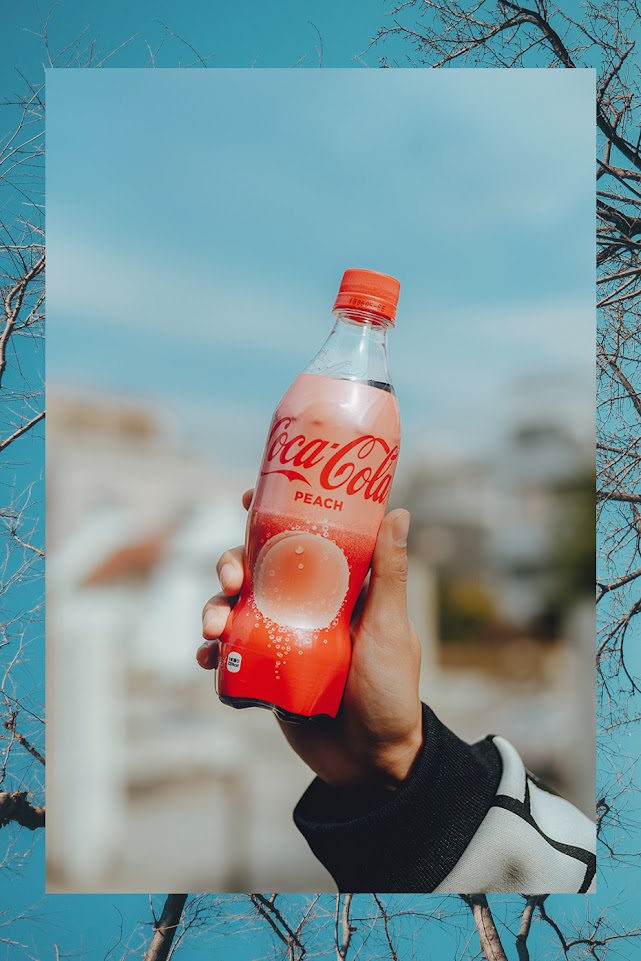 First of all, let’s start with the lovely packaging, it’s so simple and I love the play of pink & red color with the fizzy peach details, still rings Japan and peach to me without appearing cheap. There are two retail sizes available: 280 ml (115 yen), and 500 ml (140 yen), the one that you’re seeing on this blog post is the 500 ml. 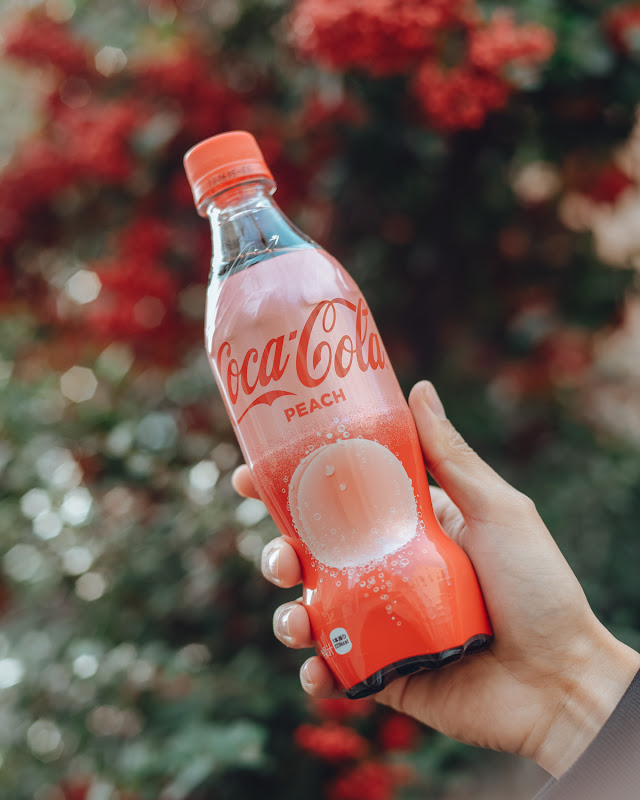 Let’s cut to the chase because I believe you guys wonder how this tastes, flavor wise, I think I will always stick to the original Coke, that’s legend, this one is certainly not bad but really nothing special, you still get the original Coke flavor only with this light peach flavor to it, or if you want a more ‘to-the-point’ description then for me, it really tastes like the combo of 80% Coke + 20% Fanta, anyway I used to mix Coke and Fanta a lot when I was younger, who else did the same?!