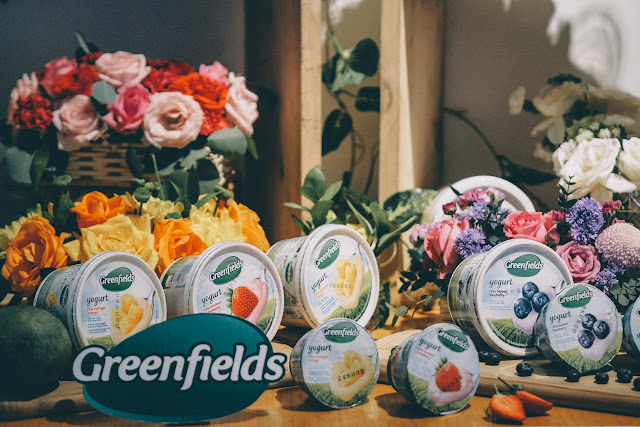 Last week I attended the exclusive launch of Greenfields’ first yogurt line: Greenfields Yogurt at Almond Zucchini Jakarta. Being wildly used for tons of coffee shops in town, Greenfields has got to be everyone’s favorite milk brand (at least me), there must a reason for that and only one word to describe that: QUALITY.

The event featured cooking demo from my long time friend and a very talented chef: Odie Djamil, but before that, brief introduction of the company and product from the Greenfields team and here I am paraphrasing it for you (lol). Greenfields is a brand that’s under the AustAsia Group which for your information is one of the biggest milk producers in Indonesia and China, then manufactured and produced with the brand that we all know as Greenfields. The company has around 80.000 (yup 80 freaking thousand) cows in China alone and around 10k in Indonesia, and with that huge amount, no wonder why they can produce up to 930 tons of milk per day, and along the way, the milk will then proceed further to be the dairy products like fresh milk, cheese, whipped cream, butter and now… yogurt!

Can you name Greenfields products do you guys know? Aside from fresh pasteurized and UHT milk, then also have Greenfields Whipping Cream and Greenfields Cheese (Mozarella Cheese, Mozarella Shredded, Bocconcini, Camembert & Ricotta). 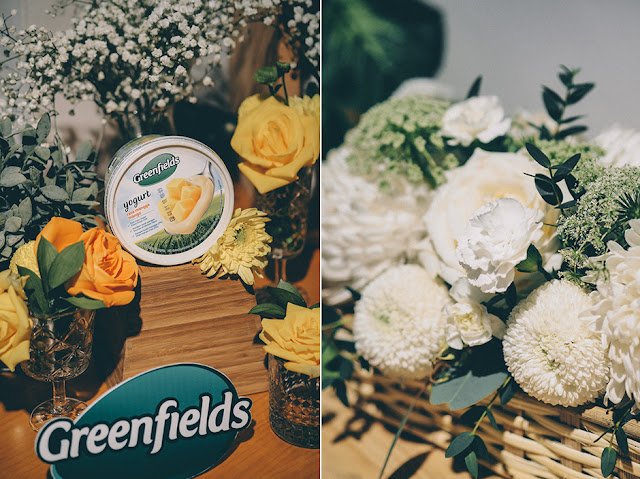 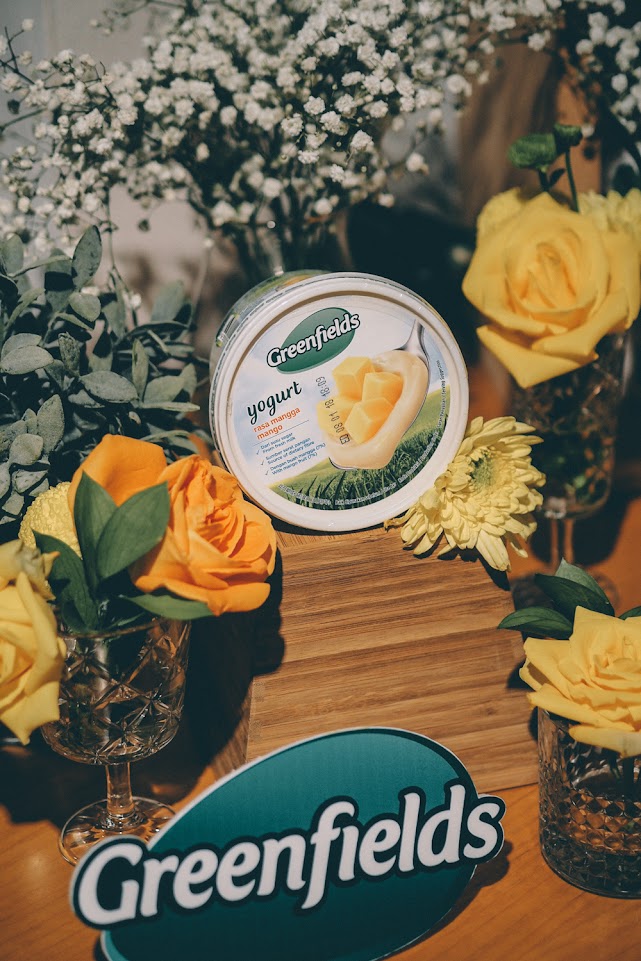 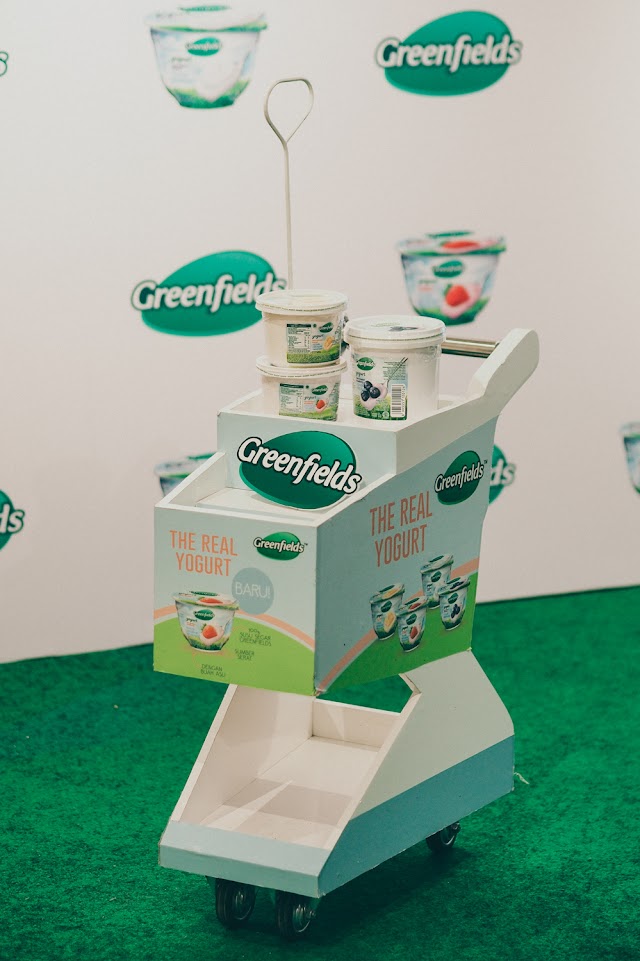 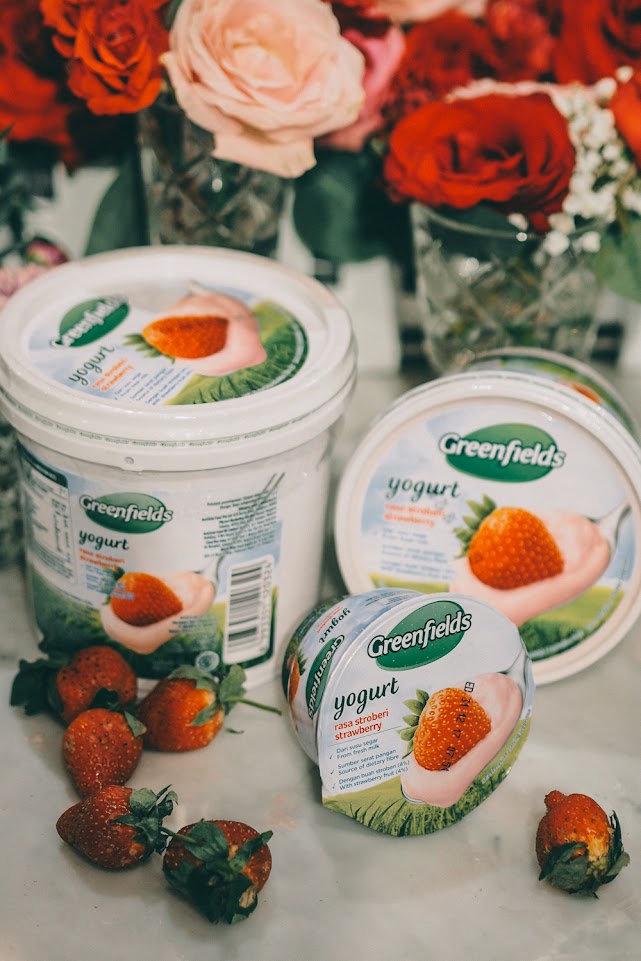 So what exactly differentiates Greenfields yogurt? First, since their yogurt is more to the thicker side, it’s safe to say that they go through the ‘Stirred Type’ yogurt where they cool the yogurt first then flavored it and of course, Greenfields’ yogurt is made from 100% REAL MILK with NO antibiotics! I just learned that they’re the so-called ‘fake’ yogurt in the market now *yuck*.
Greenfields yogurt is available in four variants (original, mango, strawberry & blueberry) and three retail sizes and prices (125 gr – IDR 12.5k, 500 gr – IDR 49k & 1 kg – IDR 85k)
Cooking demo by Chef Odie Djamil. He taught us the easy way to make easy breezy breakfast like Mango Mascarpone Mousse Yogurt and Yogurt Spirulina creation! 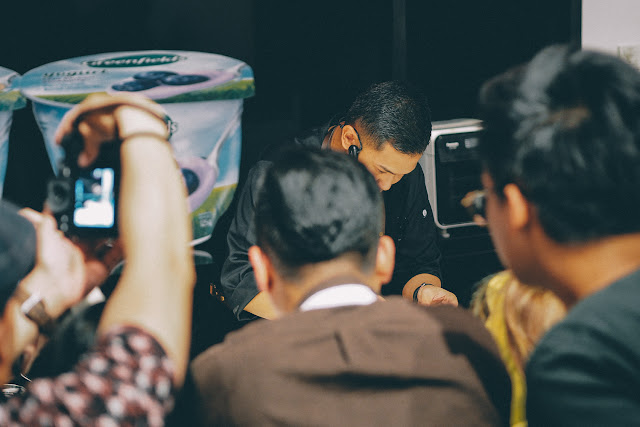 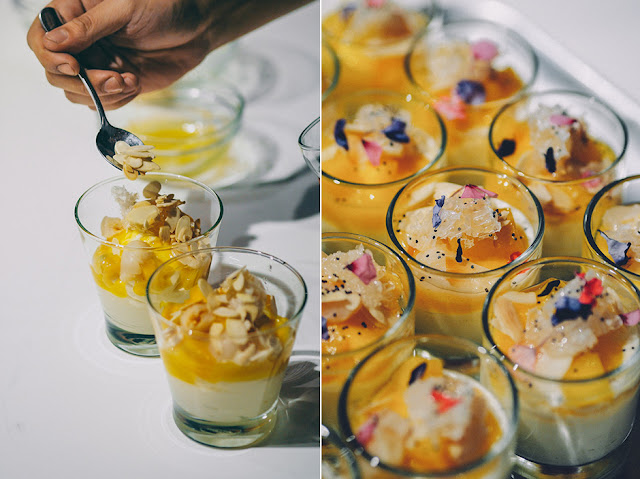 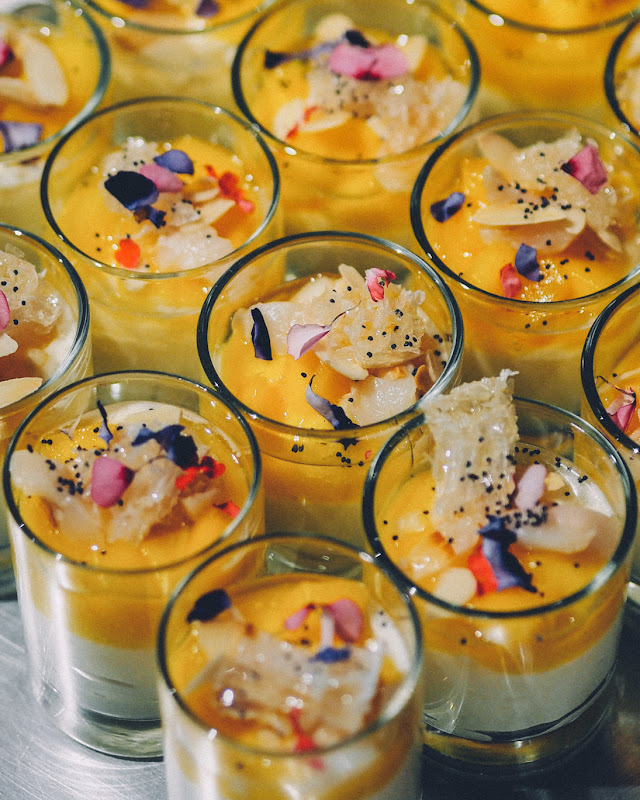 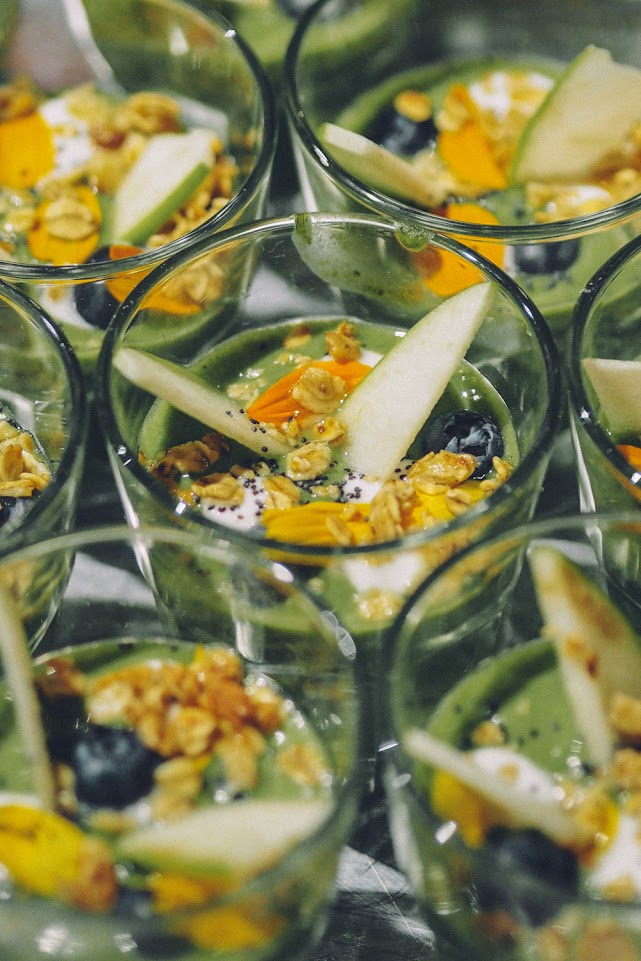 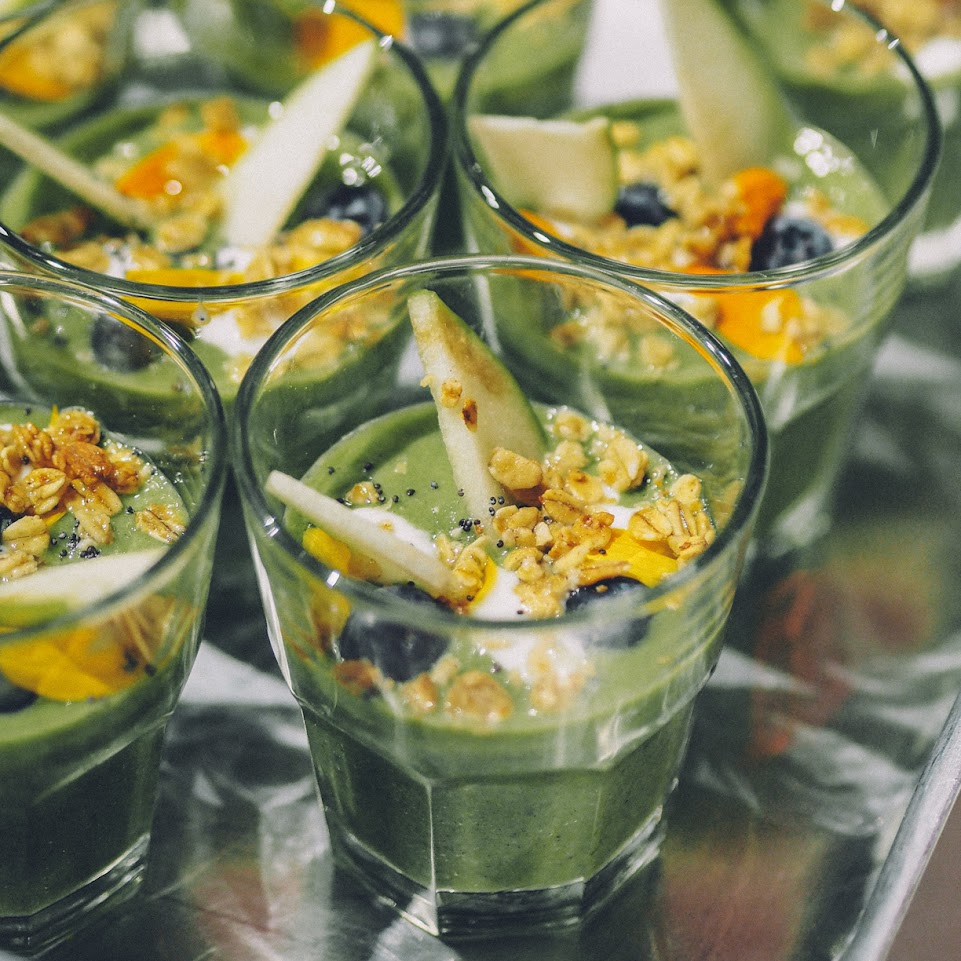 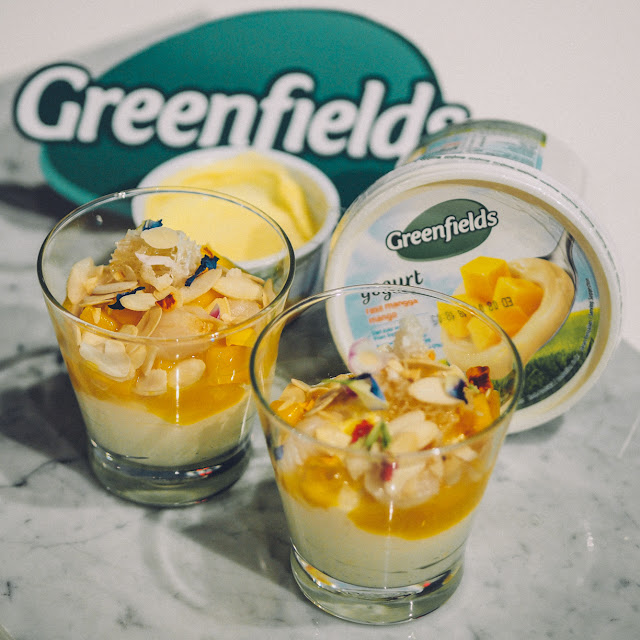 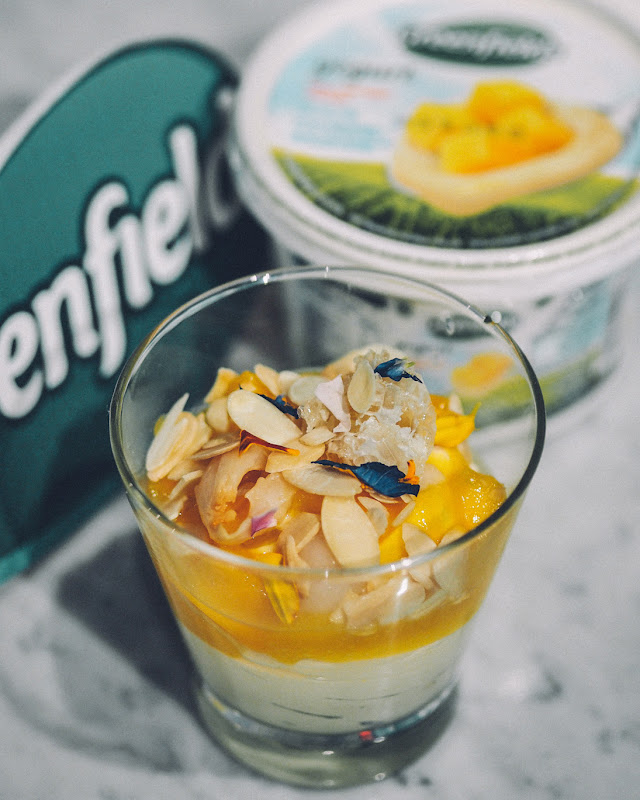 Then we were placed in groups and challenged to make our own creation using Greenfields yogurt. I was in the same ‘Mango’ group with Mullie and Andy from myfunfoodiary! Below were the ingredients used to create our smoothie bowl! Fresh fruits, apple juice, roasted almonds, granola, chia seeds, coconut flakes, edible flowers and more! 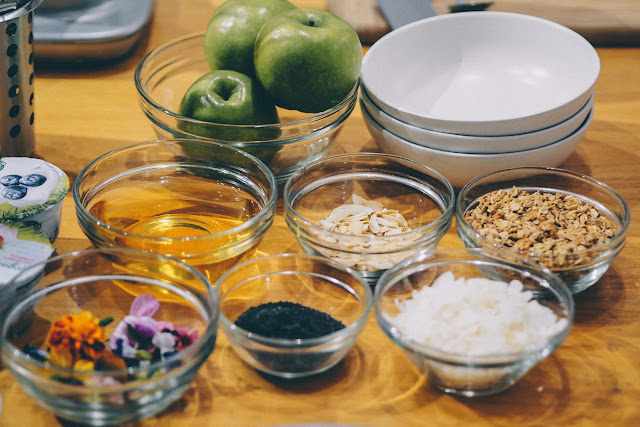 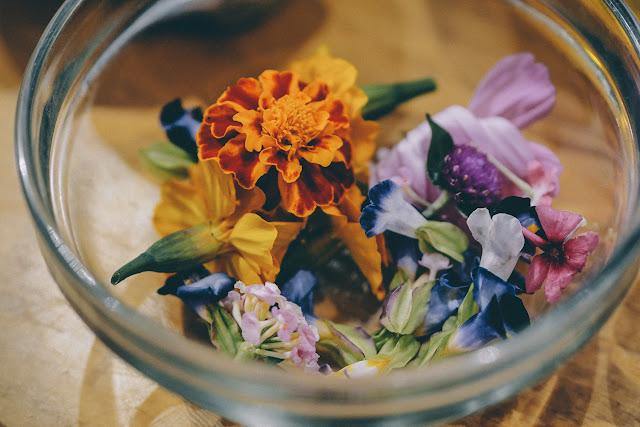 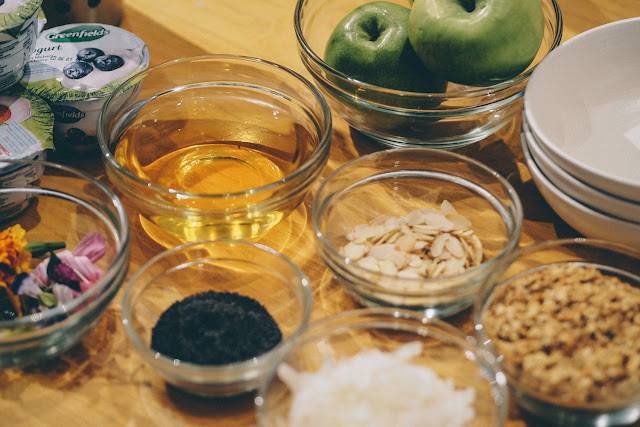 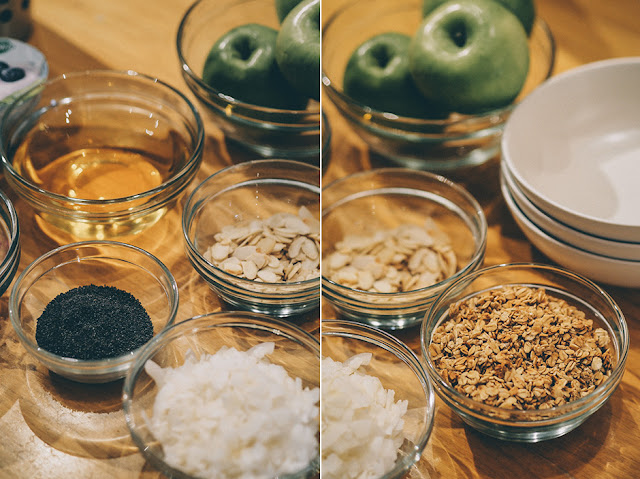 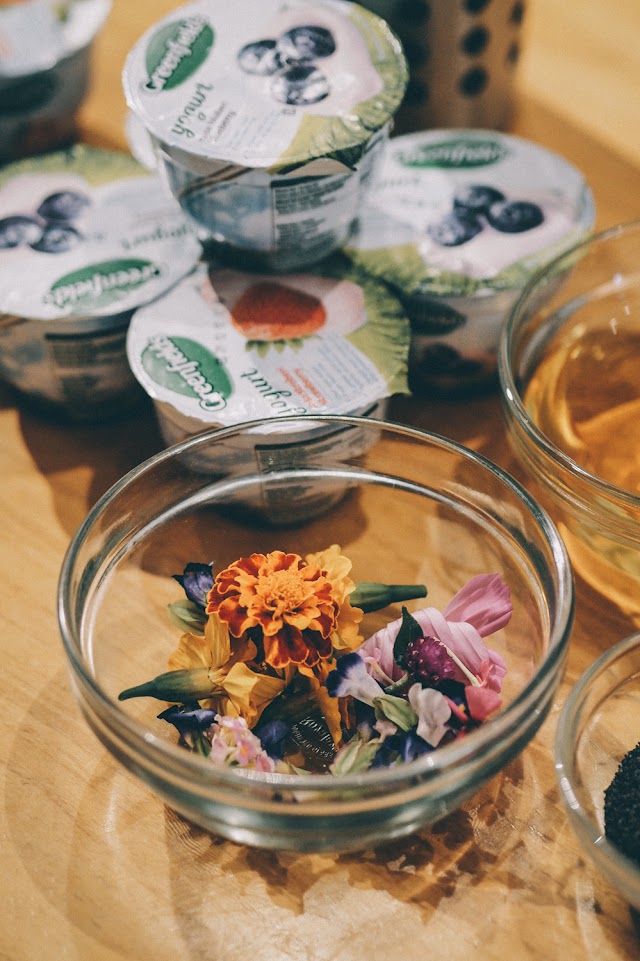 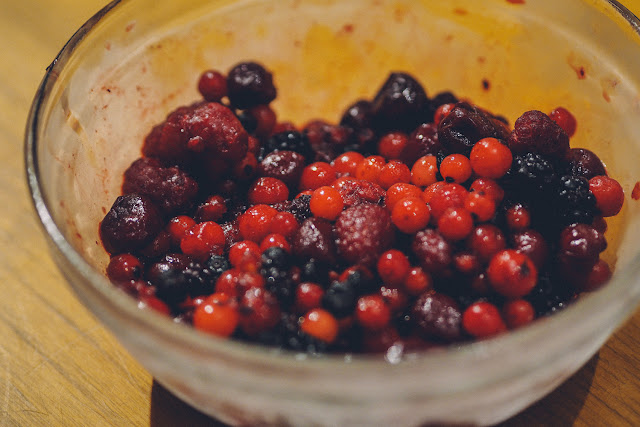 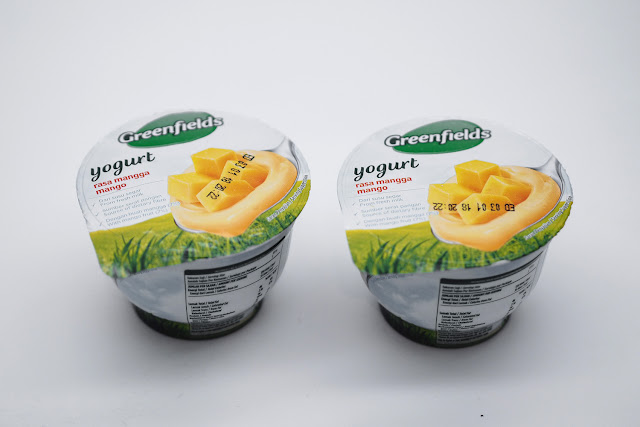 We made what we named “Mango Havana”, basically Mango-Banana smoothie bowl with apple juice as the base, then chia seeds, edible flowers and decorated apple for that extra glam. We used three cups of Greenfields mango yogurt with one piece of banana and 5 table spoons of apple juice! 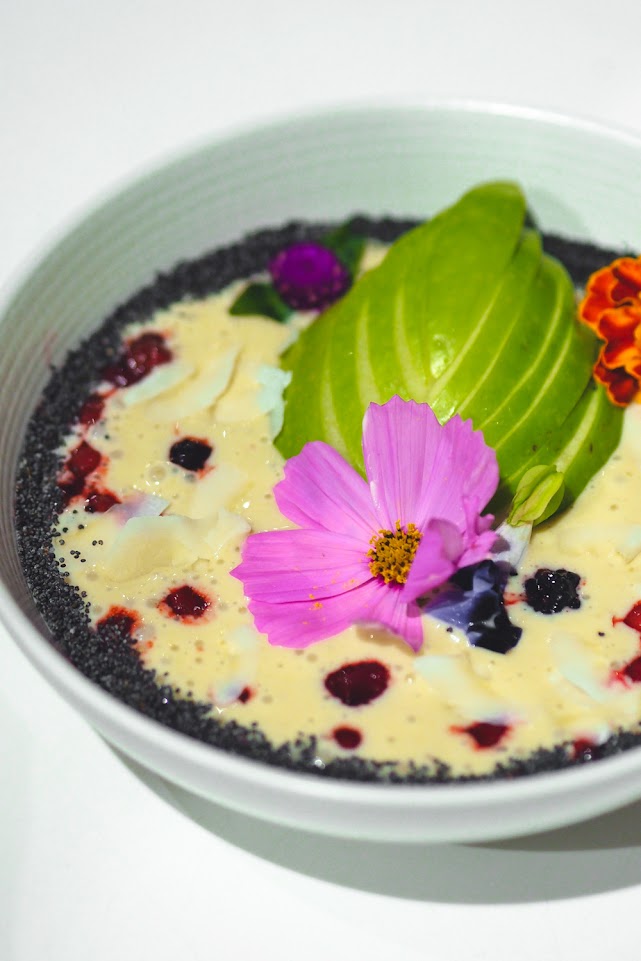 …AND GUESS WHAT? WE FREAKING WON THE CHALLENGE!!! Granted with IDR 250k dining vouchers at Maple and Oak which by the way is owned by Chef Odie Djamil. 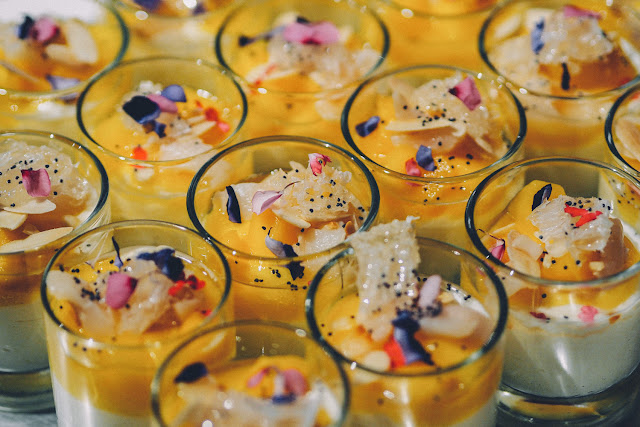 The other team (aka losers) creations! I’M KIDDING!!! Honestly theirs are very good I don’t even know why we won LOL. 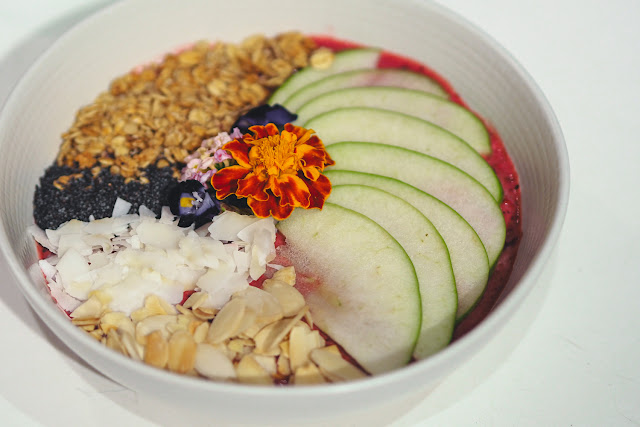 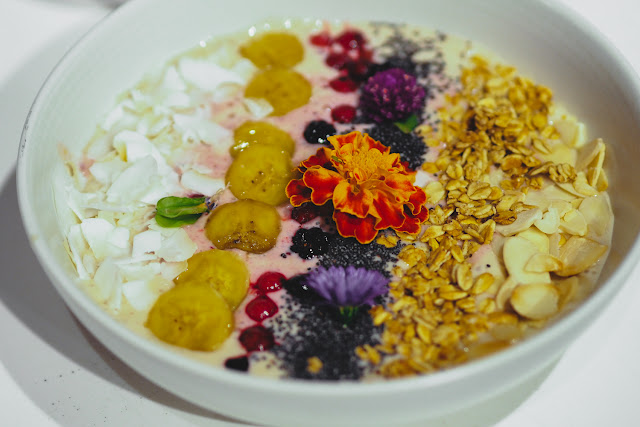 It was a fun and simple launching night with my bloggers friends, I like how the event was so casual but still bringing that essence of what matters: the product launching. Had good fun making the smoothie bowls and ending this post with my genuine review of the yogurt…
Out of the four flavors, I like the blueberry one the best, I don’t know, just maybe blueberries always work so well for yogurt flavor. I don’t like the overly milky yogurt like greek yogurt and theirs were not so another plus point! It’s properly milky, properly sweet while still tasting fruity. I brought some back home (actually that’s the goodie bag), froze them and had them for breakfast the next morning and it was almost like this creamy frozen yogurt, and both ways just as good. EATANDTREATS APPROVED? Absolutely!
FIND ME HERE
FACEBOOK || TWITTER || INSTAGRAM || GOOGLE+
email: [email protected]
SNAPCHAT: STANISLAUSHANS