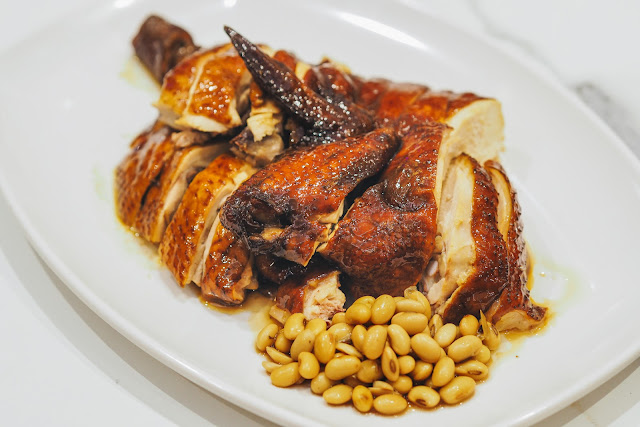 Welcoming “The cheapest Michelin starred restaurant” to Jakarta and brought to you by Hersing Culinary aka the same people who manage Tim Ho Wan! Its first flagship store opened just last November 2016 at 78 Smith Street Singapore with its second outlet located in 18 Tai Seng Street, expectedly their Jakarta outlet is located at the same location as Tim Ho Wan Pantai Indah Kapuk (PIK) on its second floor. Just went from having lunch there and excited to write the story for you guys. 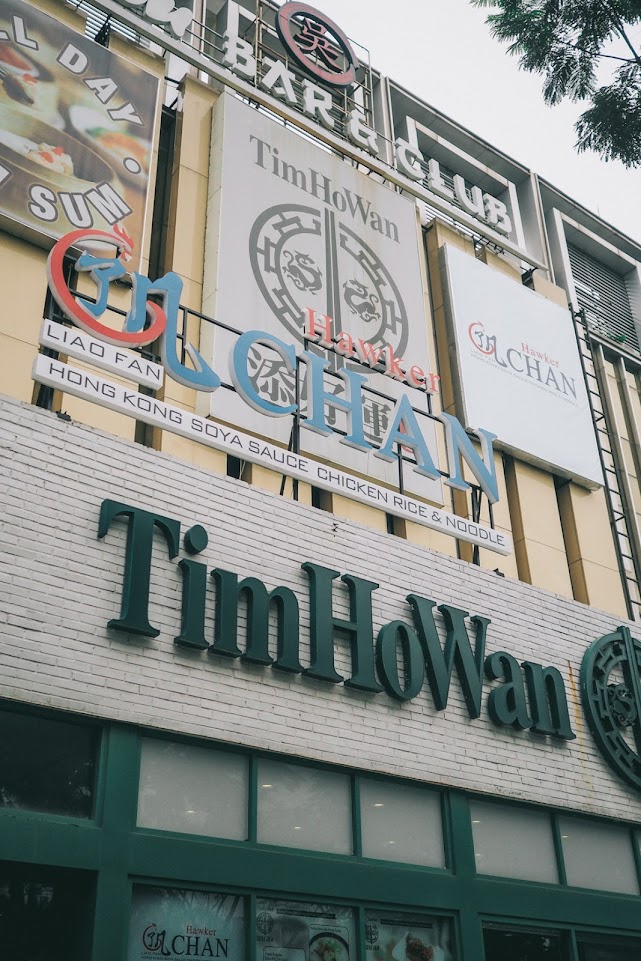 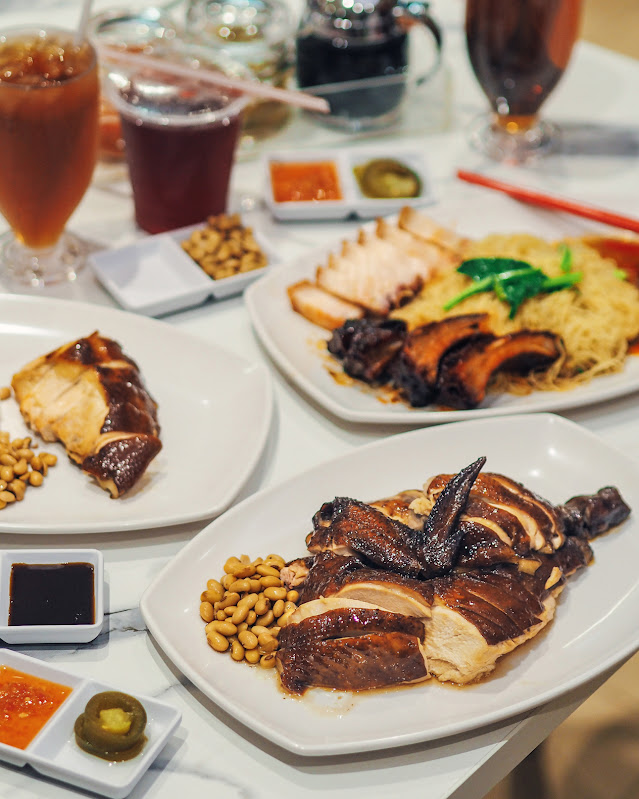 Their PIK outlet wasn’t actually spacious and it’s decorated very simply and properly as a restaurant/dining place especially if you notice the concept of their food here and for the kind of food like this you don’t need uber fancy interior, just a clean neat air-conditioned place comfortable enough to eat and they’ve somehow achieved the standard (at least my standard). 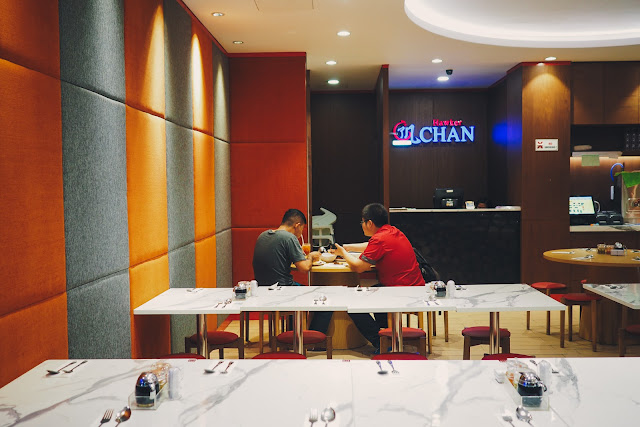 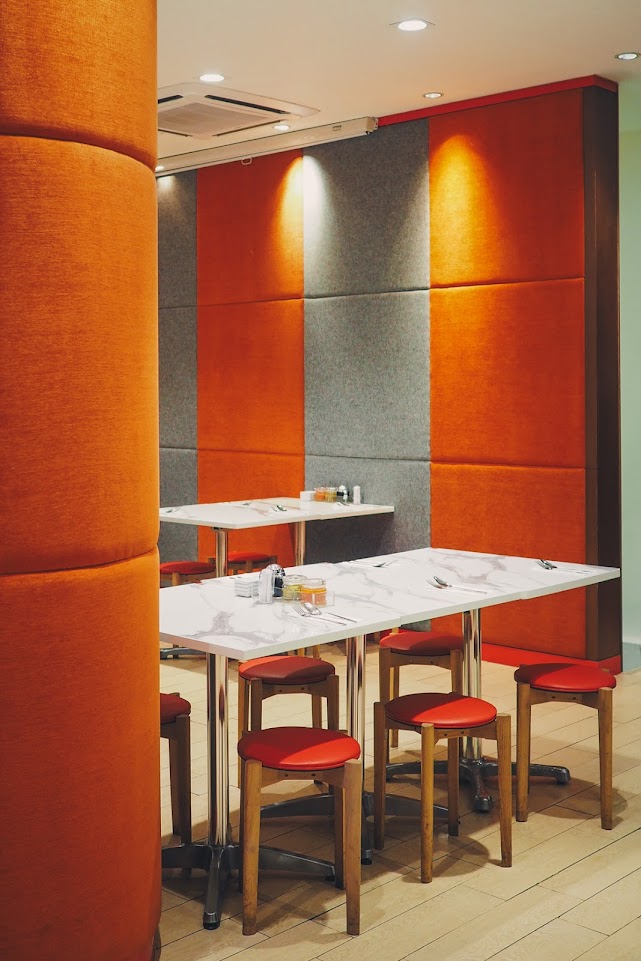 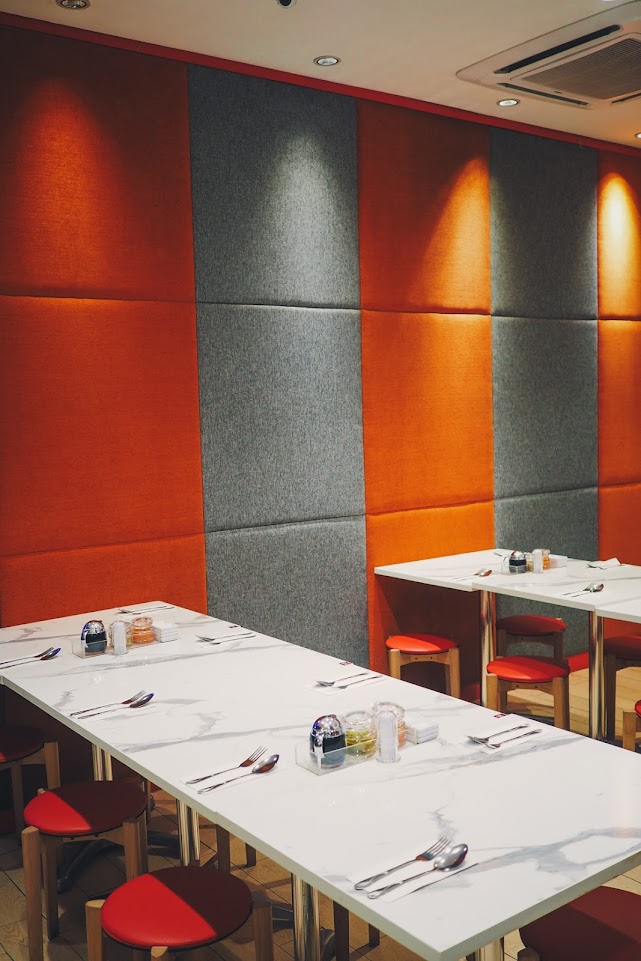 It all kicked off years ago when even before certified by the Michelin starred, Liao Fan Hong Kong Soya Chicken Rice and Noodles (such a long name) was already a hit at Chinatown Food Complex and the kitchen was helmed by Chan Hon Meng, who is also the owner of the establishment and after being awarded in 2016, Chef Chan then partnering with Hersing Culinary to build “Liao Fan Hawker Chan”, not exactly a rename but a more commercial and easy to remember name for the business sake.
Ok let’s head to the food review as you guys are probably expecting for this one! Today marks the second day of their soft-opening days and the queue wasn’t close to crazy, my mom and I had quite an enjoyable lunch and Chinese music was playing in the background and they were some of my mom’s favorite song, for some reasons I mumbled on the songs when eating and taking pictures. Generally some of the highlight of the food here are their roasted meat that you can pair with rice, noodles, hor fun, vegetables, tofu and Wonton soup with price that ranges between IDR 28k-170k (cheaper than the Singapore outlet), the most expensive was their whole chicken but I honestly think for a ‘whole’ the pricing’s pretty reasonable.
Half Chicken – IDR 80k 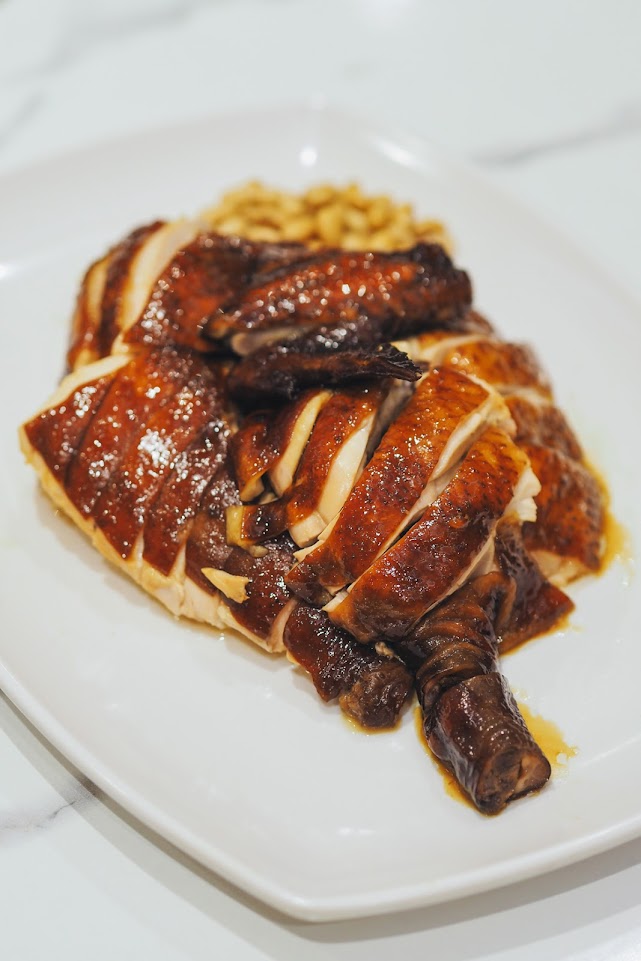 Half chicken for IDR 80k is seriously WORTH IT! I have to point out that their chicken dishes here are not roasted but BOILED. Verdict? Succulent tender juicy chicken without much fat, you can opt for the chicken breast or thigh cut here but since I am an avid fan of chicken thigh (not to mention they’re generally a bit more tender), I like how they’re pretty generous with the sauce dressing that did absorb to the chicken meat and seriously best paired with warm rice (or noodle or hor fun depending on your liking).

The downside? Not much, only I expected that aromatic oil to smell when it’s served to my table. 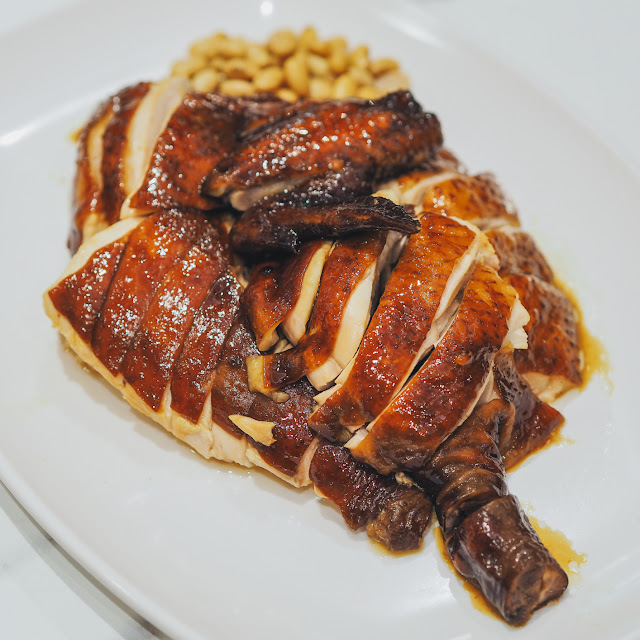 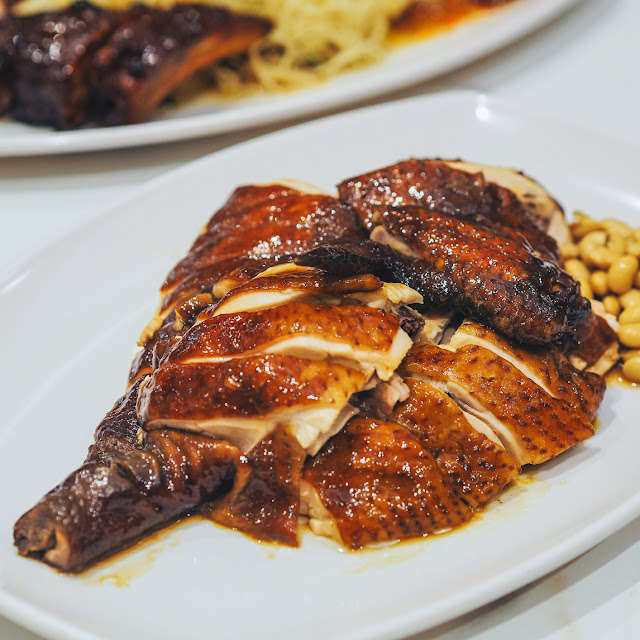 I notice that they pair most of the food here with boiled soya beans, they did give me texture but not so much on the flavor. 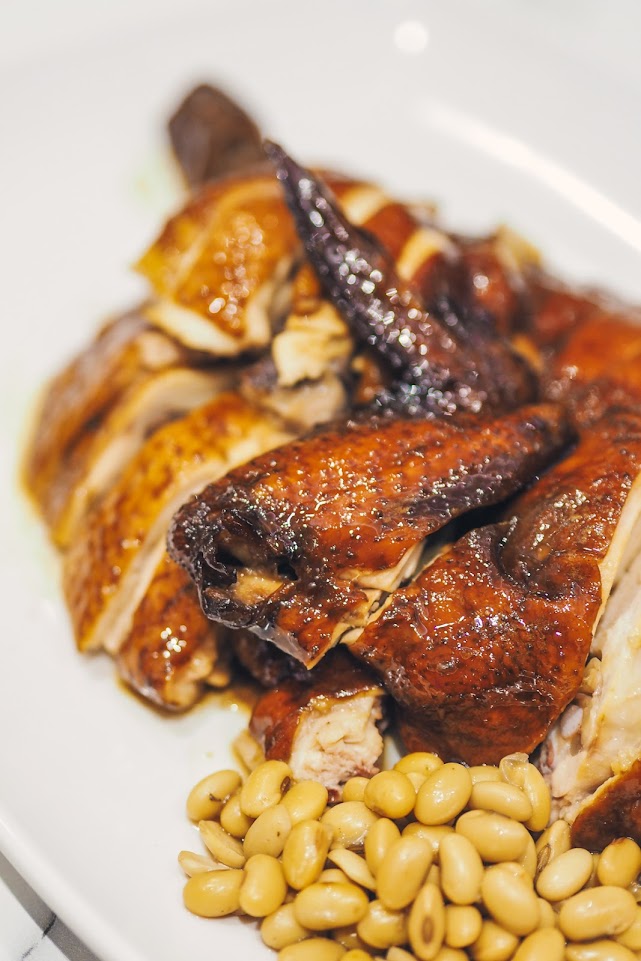 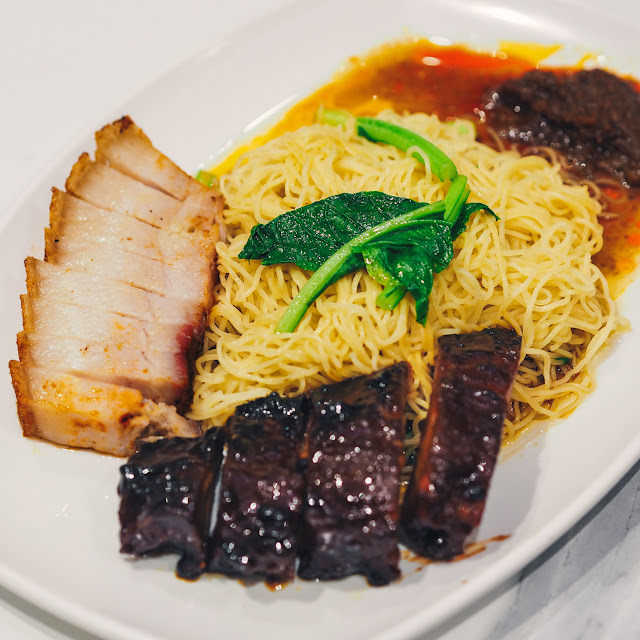 The noodle texture reminded me of the fabulous Mak’s Noodle that I had Hong Kong: eggy, springy with perfect firmness! The soy dressing was light but somehow I like this idea because I have this beautifully marinated and caramelized pork rib that’s rich and this perfectly cooked crunchy fatty pork belly) that when I had them all together it was like a myriad of texture and flavor! As much as I love the rice version, the noodle and the pairings was seriously the highlight of my lunch! 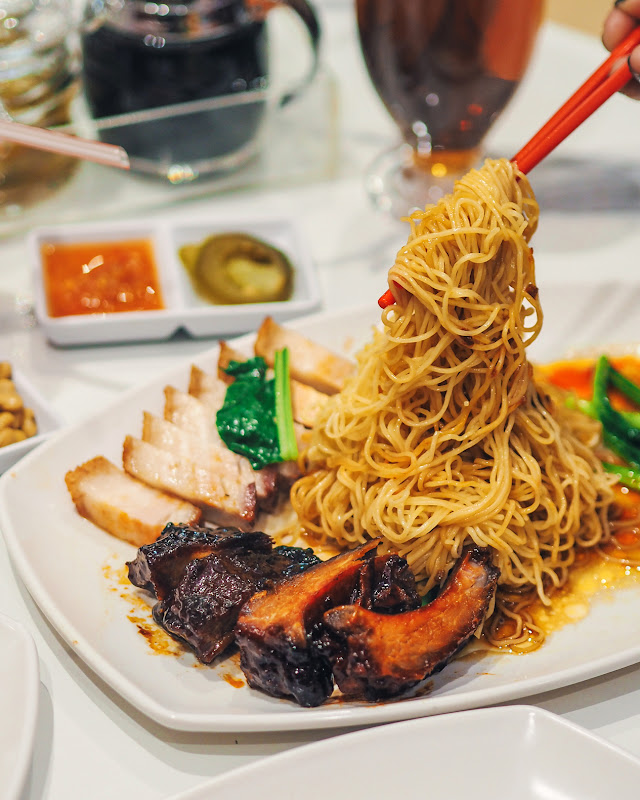 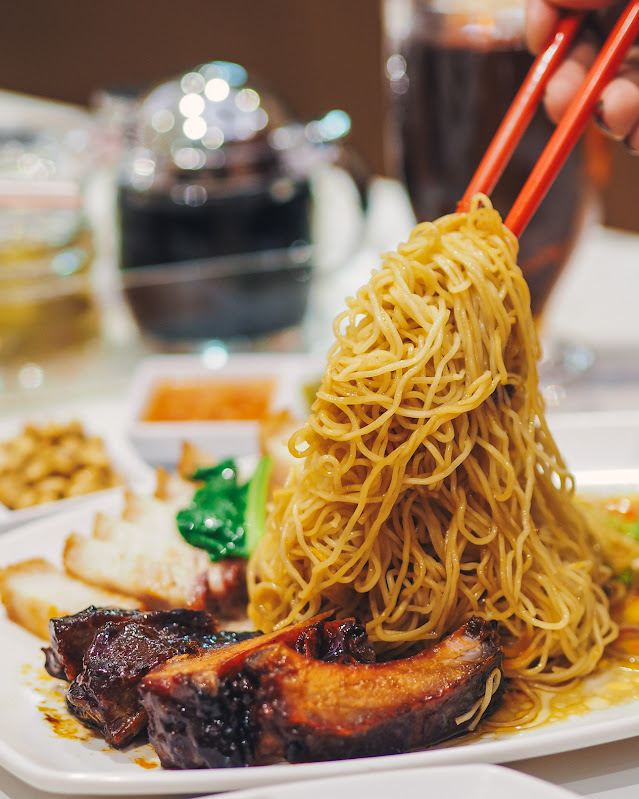 Thai Style Tofu – IDR 33k
This was my mom’s favorite (and mine too after the noodle of course!), the tofu was beautifully cooked with crispy coating, soft center and refreshing Thai style dressing with apple cuts for texture and fresh aftertaste. 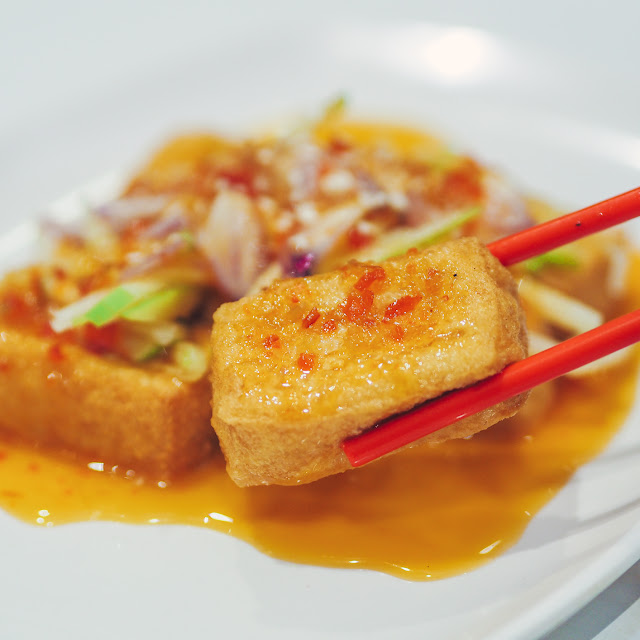 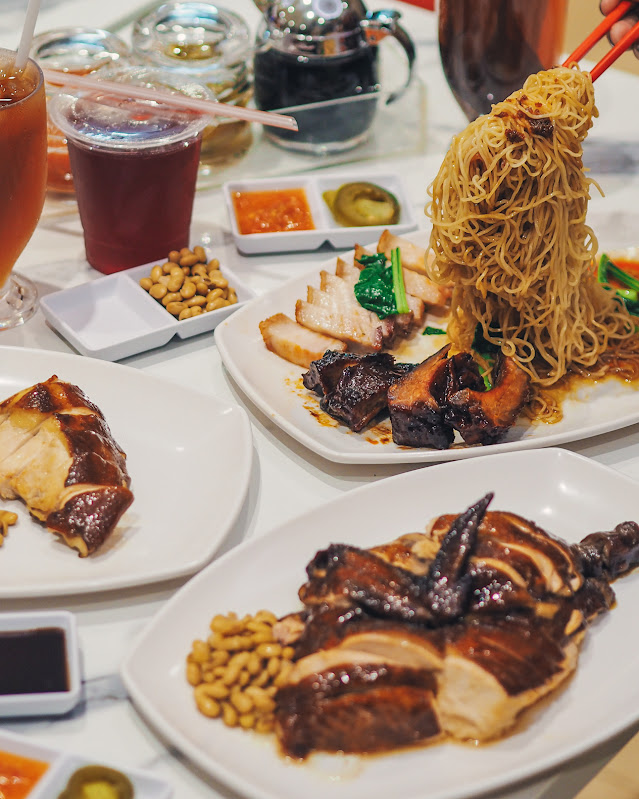 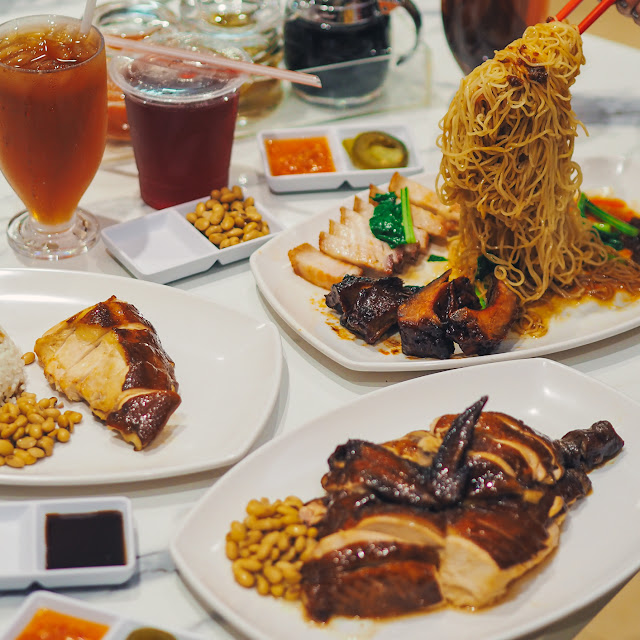 I did ask whether the chicken dishes here is halal and they claimed yes, but I understand some of my Muslim friends who might have a strict religious view of certain food that’s cooked in the same kitchen, but they did say that the chicken’s completely HALAL.
Somehow when I look at my own pictures the chicken appeared to be dry but they were actually not (sorry amateurs here!), overall my lunch was pretty good, not much to complaint, but I just want to remind them to keep up the quality because chicken is seriously one of the trickiest proteins to cook: dangerous when it’s undercooked but dry AF when you overcook it, and I came today where the queue wasn’t mad, and hopefully when more people are packing the restaurant they can prepare.
I seriously can’t wait to bring my grandmom here, she should love this one, seriously her kind of meal!
Anyway, good luck Liao Fan Hawker Chan! 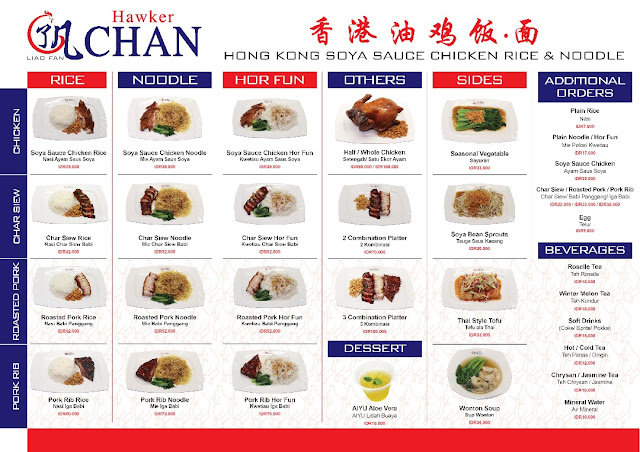